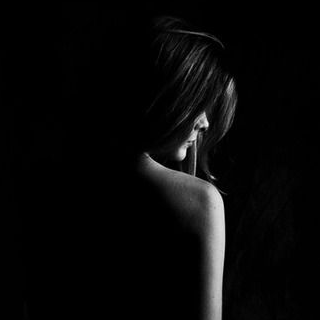 Back in Black is the seventh studio album by Australian rock band AC/DC. Produced by Robert John “Mutt” Lange, the album was released on 25 July 1980 by Albert Productions and Atlantic Records. By the late 1970s, AC/DC began to achieve significant popularity outside their native Australia, with high-energy live performances and a string of successful albums. In 1979, they paired with producer Lange and recorded their international breakthrough, Highway to Hell. Shortly before the recording of their follow-up, lead vocalist Bon Scott died after a night of heavy alcohol consumption. The group continued on with ex-Geordie singer Brian Johnson.

Back in Black was recorded over seven weeks in the Bahamas in spring 1980. The area was hit by tropical storms at the time, making the sessions difficult at times. Johnson penned the album’s lyrics and melodies, while guitarists Angus and Malcolm Young composed the music. Its musical content consists of hard rock-styled numbers with lyrics relating to sex, alcohol, partying and rock and roll. Lange demanded perfection in the band’s recordings, particularly on Johnson’s vocals. Following its completion, the group mixed Back in Black at Electric Lady Studios in New York City. The album’s all-black cover was designed as a “sign of mourning” for Scott.

Their sixth international release, Back in Black was an unprecedented success: it has sold an estimated 50 million copies worldwide.[2][3][4][5] Its enormous sales figures have made it the second-highest-selling album in history. The band supported the album with a yearlong world tour, cementing them among the most popular music acts of the early 1980s. Back in Black received positive critical reception at the time of its release, and it has since been included on numerous lists of “greatest” albums. Since its initial release, the album has been reissued and remastered multiple times, most recently for digital distribution.

By 1979, AC/DC were poised to receive a significant level of success with their sixth studio album, Highway to Hell. Robert John “Mutt” Lange produced the record, making the band’s sound more catchy and accessible to international audiences, and it became their first platinum album in the United States, selling over one million copies, while also peaking at number 17 on that country’s pop charts and number eight in the United Kingdom.[6] AC/DC, formed in 1973, first broke into international markets in 1977 with their fourth record, Let There Be Rock. They were notable for their high-energy live performances, in which lead guitarist Angus Young would don a schoolboy outfit, and singer Bon Scott’s distinctive raspy voice.[6]

Well, the stuff that I liked growing up was AC/DC, Led Zeppelin, but I also liked the Beatles and guys like Cat Stevens and Elton John.
Dave Mustaine

As the new decade approached, the group set off for the UK and France for the final tour dates of their breakthrough release.[7] They planned to begin recording a follow-up shortly after its completion. On 19 February 1980, Scott went on a drinking binge in a London pub that caused him to lose consciousness, so a friend let him rest in the back of his Renault 5 overnight.

AC/DC is a prime example of taking that blues rock thing and just living in that world. They only really move the furniture around a little on each album, but it still works. Joe Perry

The next morning, Scott was found unresponsive and rushed to King’s College Hospital where medical personnel pronounced him dead on arrival. The coroner ruled that pulmonary aspiration of vomit was the cause of Scott’s death, but the official cause was listed on the death certificate as “acute alcoholic poisoning” and classified as “death by misadventure”. Scott was cremated and his ashes were interred by his family at Fremantle Cemetery in Fremantle, Western Australia.[8] The loss devastated the band, who considered breaking up. However, friends and family persuaded them to carry on.[9]

I love jazz and pop rock and country. I grew up listening to Michael Jackson, Whitney Houston, Def Leppard, AC/DC, Anne Murray – if I hear something really great… I want to be a part of it.
Natalie MacMaster

After Bon Scott’s funeral, the band immediately began auditions for a replacement frontman. Among the applicants were Gary Pickford Hopkins and Allan Fryer of Fat Lip,[10] who, like Stevie Wright of the Easybeats, was touted by the press as most-certain replacements.[11] At the advice of Lange, the group brought in Geordie singer Brian Johnson, who impressed the group.[12] After the band begrudgingly worked through the rest of the list of applicants in the following days, Johnson returned for a second rehearsal.[13] On 29 March, Malcolm Young called the singer to offer him the job, to his surprise. Out of respect for Bon Scott, the band wanted a frontman who would not be a mere imitator of him. In addition to his distinctive voice, demeanor and love of classic soul and blues music, the group liked Johnson’s engaging personality.[14] Johnson was officially announced as the new lead singer of AC/DC on 8 April 1980.