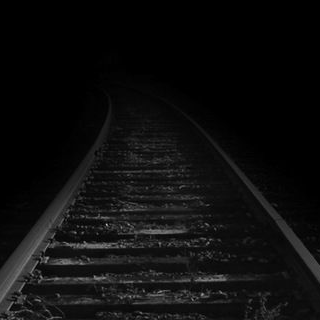 Papa Roach is an American rock band from Vacaville, California.[1] Formed in 1993, their first major-label release was the triple-platinum album Infest (2000). The group’s success continued with their gold album Lovehatetragedy (2002), their platinum album Getting Away with Murder (2004), The Paramour Sessions (2006), Metamorphosis (2009), Time for Annihilation (2010), The Connection (2012), and F.E.A.R. (2015). Papa Roach has sold more than 20 million album copies worldwide and are known for their songs “Last Resort”, “Between Angels and Insects”, “She Loves Me Not”, “Getting Away with Murder”, “Scars”, “Lifeline” and “Face Everything and Rise”.

The formation of Papa Roach began in January 1993, when lead singer Jacoby Shaddix and drummer Dave Buckner met on the Vacaville High School football field, where the two ended up talking about music. They were later joined by trombonist Ben Luther and bass guitarist Will James. They decided to enter the school’s talent show, where they performed a version of Jimi Hendrix’s song “Fire”, but they ultimately did not win the contest. In March 1993, trombonist Ben Luther was replaced by lead guitarist Jerry Horton from nearby Vanden High School. Horton was introduced to the band through his girlfriend, who was a fan. However, Jerry was at first apprehensive about joining the band because Jacoby, Buckner, and Will all went to different high schools. At this point, Papa Roach were practicing every day and touring, playing every gig they could get. Their first tour van was called Moby Dick, where Jacoby was inspired to come up with his first stage name “Coby Dick”. The band’s name comes from Shaddix’s step-grandfather, Howard William Roatch, who was nicknamed Papa Roach. Roatch committed suicide in 2006 after he was diagnosed with terminal cancer. The band pay homage to him with The Paramour Sessions and during live performances of the song “Roses On My Grave”.

In 1994, Papa Roach released their first EP titled Potatoes for Christmas. Drummer Dave Buckner was temporarily replaced by Ryan Brown, as Buckner was spending the year in Seattle studying art. In 1995, they released a demo at Sound Farm Studios titled Caca Bonita. By this time Buckner was back. In 1996, they replaced original bass guitarist Will James, who had become heavily involved in a church summer camp, with Tobin Esperance, because James’ absence would limit the band’s summer practicing and touring. As Esperance had been with the band as a roadie for a while, the transition was an easy one.

In 1998, they released an EP titled 5 Tracks Deep. It sold more than 1,000 copies in its first month of release. In 1999, they produced another EP, which would end up being their last independent release, titled Let ‘Em Know. Its success caught the attention of Warner Music Group, who as part of a development deal provided a small amount of money for the production of a five-track promo-demo CD.[5] The band decided they wanted influential rock producer Jay Baumgardner on board to produce the record.[5] In an interview with HitQuarters, Baumgardner said, “At first I wasn’t really convinced it would work out, but then I saw a video of them performing at a club – I saw all these kids going wild, knowing the songs by heart – and that’s when I realized that they definitely had potential.”[5]

Warner Brothers was not convinced by the demo, however, and elected not to sign them.[5] The unreleased disc included the songs “Infest”, “Last Resort”, “Broken Home”, “Dead Cell”, and “She Loves Me Not” – the first four would later feature on their Infest album, and the last on Lovehatetragedy.